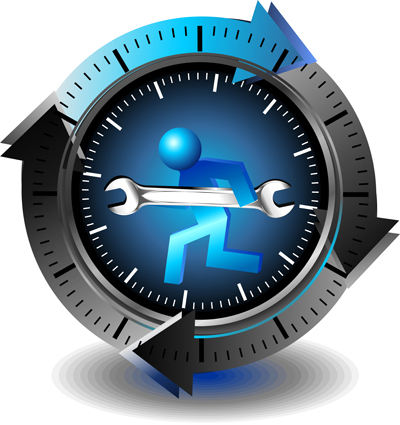 Have you ever wanted simple explanations of the basics of what goes on when you connect your PC to the rest of the world? Or wondered how all these gadgets work and talk together?

Well, In order for computers and devices all over the world to communicate with each other, there have to be established, well-defined methods for information to be packaged and safely transmitted. Which also means, in order to fix a problem you first have to understand the technology behind what makes it all work. So below are some standard terms you might hear thrown around that is related to our industry.

What is a 4K monitor? This is a monitor that’s capable of displaying ultra-high definition content at a resolution of roughly 4000 pixels horizontally. Although actual resolutions may vary, the most common is 3840×2160 pixels, which is the equivalent resolution of four ‘Full HD’ screens arranged in a 2×2 rectangle.

What is an LED TV? In almost every case, an LED TV is a television set with an LCD panel that’s illuminated by light-emitting diodes (LEDs), just like most flat-panel PC monitors. LEDs have all but replaced the older cold-cathode fluorescent (CCFL) backlight, and can allow for reduced power consumption, slimmer design and improved image quality, thanks to better contrast and a greater range of displayable colors.

What is 802.11ac? This is the latest version of the 802.11 Wi-Fi standard. It improves on previous versions (including 802.11n) by enabling much faster transmission speeds and better performance on crowded networks

What is an access point? In the home, you’ll typically gain wireless access to the internet via a Wi-Fi router that provides access to your broadband service as well as setting up a Wi-Fi network. An access point creates the Wi-Fi network that’s to be added to an existing wired network, which may already have an internet connection set up using other hardware.

What is a wireless extender? A device that can extend the range of your wireless router by receiving and re-transmitting its Wi-Fi signal.

What is a Bit-rate? The speed at which bits – or units of binary information – are transferred or processed over time. For audio data it can be thought of as analogous to resolution for image files. The greater the number of bits per second, the more detailed and clear the audio can be. In video it doesn’t affect the resolution in terms of the number of pixels in a frame, but it does affect how frequently and accurately they are updated. A low bit-rate usually manifests itself as blurry or blocky video with unwanted visual artefacts.

What is firmware? Firmware is program code stored in non-volatile memory in an electronic device. It often forms a bridge between the hardware device itself and the higher-level software that runs on it. A typical example would be a PC’s BIOS and UEFI software. In modern devices such as smartphones, the entire operating system could be thought of as firmware, with new versions of Android, iOS or Windows Phone being considered firmware updates

What is a VPN? A virtual private network, or VPN, allows you to extend a private network across a public network – usually the Internet. To the end user, it will appear as though their device were connected directly to the private network in the remote location. A VPN is often used in business environments where remote workers require secure access to the corporate network. Because the local device appears to be connected to the remote network, VPN can also be used to circumvent local restrictions such as firewalls and the blocking of certain traffic. It can also result in the local device appearing to be situated geographically in the location of the remote network, overcoming geographical restrictions to some sites.

What is Wireless N150? Wireless N150 is a subset of the 802.11n Wi-Fi standard. It incorporates most of the improvements introduced by previous versions, but omits the channel-bonding feature. This limits it to a maximum theoretical data rate of 150Mbps, rather than the 300Mbps available to dual-channel equipment.

I know, you still have no idea what all of this tech talk means. So as you can imagine, not just anyone can install this equipment and support it. Configuring an entire Home Automation system is very technical and should be left up to the experts. AVITtek specializes in Home Automation, Home Theater and IT Support. We have over 30 years of combined experience in this industry. At AVITtek we make sure that from beginning to end you are a fully satisfied customer and we take pride in building lifelong relationships with our valued customers.

So, don’t put your trust in just anyone, trust AVITtek!